Evergrande Collapse Could Cause Cybersecurity Attacks And More 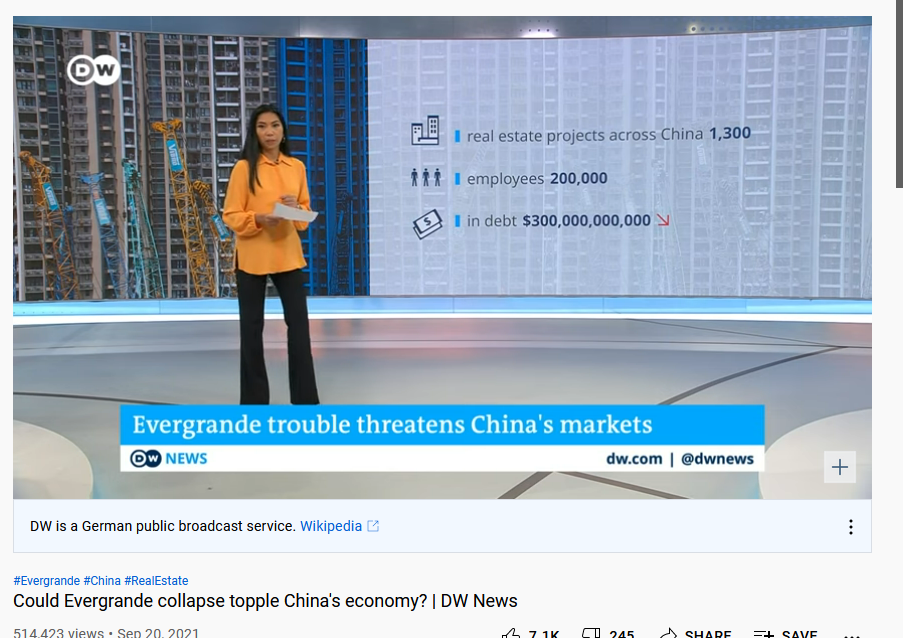 There is a battle of wits, lies and subterfuge going on in China right now within much chaos.   Xi Jinping loves Chaos because it allows the world to be reshaped (as Mao also believed) to the way Jinping wants of course!   Order from Chaos project.

It is between the conglomerate Evergrande(#2 R.E. developer in china), the CCP  Central committee (Xi Jinping), the local CCP offices – both villages and state, the employees of Evergrande, and the investors of Evergrande. It is also possible there are more “Evergrande companies” in China.

Let me set this up for you –

Evergrande as some have reported have a large debt balance at this time over $300 Billion, and apparently the new “3 Red lines” by CCP central have caused Evergrande to be unable to borrow at the current levels (with minimal oversight and little leverage etc)  (from UBS Global)

it just so happens that Evergrande cannot  hit any of the 3 red lines.

So Evergrande has been getting pressure from CCP central  to clean up their financial house.

The problem is that CCP central has certain objectives to rein in private companies. Another reason Evergrande is in their sights is the app that Evergrande has which allows people in China to invest and supposedly large returns – including as much as (25% ?) Reuters is discussing  the fact that Cash strapped Evergrande is asking investors to be repaid with real-estate is not a good sign.

The problem is that the village CCP  people (lower level government cities and towns) which  expect a certain amount of real estate deals so they can get their tax cut by making deals with these companies. Otherwise they do not get enough money from taxing the items that they are allowed to tax. And you know the Central Committee CCP is  always wanting more …

Sometimes the CCP requires the land after a deal has been made – to rebuild and make more graft money when the new buildings are built, so it requires the the buildings to be destroyed as in this picture(from Wion Youtube video):

Here is latest Wion video: Youtube link.  which points out the constant changes which make life more difficult in China

You do not want to stand out in a Central Committee report!!!

China Uncensored framed a couple of the items in this list:

More problems with investors and potential home owners  – when protests spill out into the street things are desperate.

The chaotic battle lines are drawn between the different groups of people in China.

What will actually happen with all of these conflicting wants? in a society that has no laws? except of the law of the party/state?  My past blogpost explains this china copycats all problem.

The end result of all of these conflicting wants and needs in a society with minimal laws is more Chaos. The environment of Chaos creates people which are desperate just to live. The problem is a unique problem of Chaotic systems which are ever-changing.

I.e. One day one can invest in Real Estate, and another day you can’t.

One day kids can play online games as much as they want, and another day they can only play 3 hours per week.

What has stayed the same or even become easier as time goes on?

Now is the best time to prevent attacks as much as possible!!!

Buy the book to help you devise a strategy to defend networks and computers.

Latest news regarding Evergrande: some unfinished buildings have now been destroyed (including all the hopes of the people who deposited money on the apartments)

From this Gravitas news report: youtube,com

There are apparently millions of other buildings unfinished enough to house 90 million people.