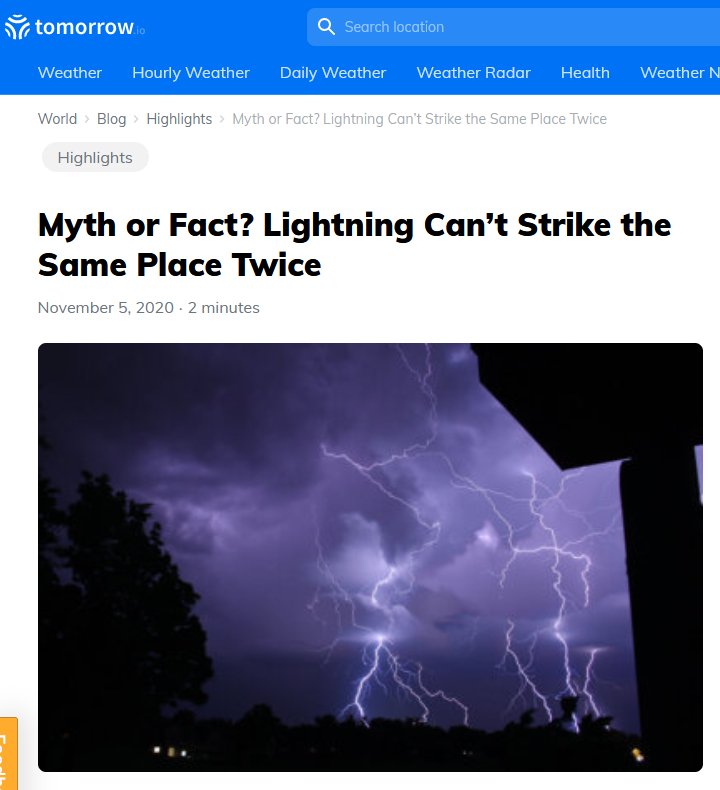 The Myth of Lightning not striking the same place  again and again should be broken by now as in tomorrow.io post:

What about ransomware, does it hit in the same place twice?

Unfortunately just like lightning can hit the same place twice especially if it is a Metal rod on top of a tall building, ransomware infections mean that the company or person is not taking cybersecurity seriously in this day of June 2022.

The attackers are getting sophisticated and are creative in their attacks. They change the names and the code – have versions just like regular commercial software. This ransomware business is a large business.

And the tips for avoiding ransomware are straight forward and placed on the fbi.gov  Scams and Safety site: https://www.fbi.gov/scams-and-safety/common-scams-and-crimes/ransomware

The best way to avoid being exposed to ransomware—or any type of malware—is to be a cautious and conscientious computer user. Malware distributors have gotten increasingly savvy, and you need to be careful about what you download and click on.

Also the following is true:

The average ransom demanded in 2016 was $679, more than double the $295 demanded at the end of 2015, according to a report from Symantec. Some businesses that experience a ransomware attack are making 4- to 5-digit payments to get their data unlocked.

“We did a survey in the U.S. and discovered that 64 percent of end users who got ransomware paid the ransom,” said Kevin Haley, director of Symantec Security Response. “People are willing to pay, so the bad guys keep raising the price. We’ll probably see it hit a thousand dollars before 2017 is over.”

What do you think the numbers went since then?

I am sure that at least 1 million systems get attacked every year and if $500 gets paid (lower bitcoin these days). Then   it means that the criminal  enterprise across the world is divvying up this loot. They are always trying to  make more money, so it is at least $500 million per year. likely in 2022 more like $3 billion.

That means the cyber attackers are very sophisticated and are automating and increasing attacks.

These attacks are only getting more deadly  with ransomware now more prevalent than before – and as year after year things get worse it seems to be the same problems.

As discussed before prevention of ransomware attacks is not as easy as it seems.

2. Make sure you have a good backup – which means you have to test it.

3. Anti-virus and firewalls are a must and they must be updated properly.

4, As the network becomes more complex with more computers and servers, cloud environments and a lot of applications, the complexity of the environment means that you should also have  an audit done periodically (quarterly) to ensure everything is working as it should.

5. Having a security policy is a must with provisions for possible incidents. If a problem arises it is too late to create a procedure. Better to create one ahead of time.

So yes Ransomware will hit twice if your security policy is bad, if you do not patch and upgrade consistently, if there is no social engineering training.

this is why we need a CyberCrowd – as many people do not understand or are convinced  what they need to do until it is too late.

We know this since over 500k up and maybe up to a million ransomware payments have been made in 2016. It is only logical to assume a large amount of ransom payment are made every year. And thus the warchest of the criminal hacker gets larger, the sophistication gets larger. Recently the criminals are slowly increasing the size of the payouts as they do research to see how much an entity will pay for the ability to use their own computers.

Thus unfortunately Lightning and ransomware strikes in the same place twice or more.