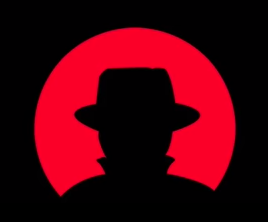 How do we usher in 2017 by improving our situation?

Of course one way we could do that is to be in continuous improvement mode instead of thinking about this every year.

But YEAR END — NEW YEAR  is a good time to make assessments and plans.

In making plans we have to keep in mind the biggest story of 2016:  Ransomware payouts moving to $1 Billion per year from an IBM study:  70% of businesses infected with Ransomware have paid to regain their business data.

A survey was done by IBM and executives were willing to pay up to $50,000 to retrieve data.  In fact out of the 600 surveyed half actually had Ransomware demands, and many paid even up to $40,000.

70% of executives who were a victim of Ransomware paid to resolve the hack.

So now we are talking millions of dollars (at least 11mil for 550 infected).  Of course one may have to infect 1100 to get this rate, but attacking thousands of computers is not hard once the infrastructure is in place/

You can see that the Criminals are going to ramp up attacks as this is very lucrative.

This is my July 30 post http://oversitesentry.com/prevent-malware-operation-or-lose-100k/ about a scrap processor which got malware and then was swindled out of money.

And this image is from Jul 2015 which reviews the cost of potential Ransomware and other costs to recover from a Ransomware attack.

Everyone is preparing for next year including the Hacker Criminals so better prepare yourself.

One thought on “2017 Security Improvement Plans”