IoT Botnet Can DDoS Your Webserver 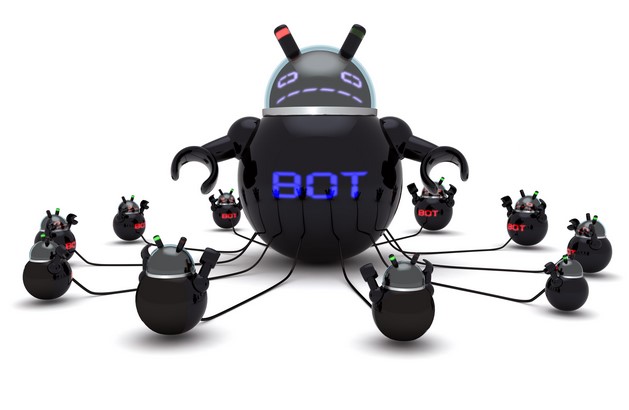 Ok it happened as some predicted last year:

A botnet was found¹ (a collection of computers or in this case devices that are controlled by another computer) controlling a number of IoT (Internet of Things). These IoT devices were then told to attack a website thus causing a DDoS (Dynamic Denial of Service).  The website then crashed as it was too busy.

“I want to briefly comment on both technology and cyber specifically. Technological innovation during the next few years will have an even more significant impact on our way of life. This innovation is central to our economic prosperity, but it will bring new security vulnerabilities,” he said. “The Internet of things will connect tens of billions of new physical devices that could be exploited. Artificial intelligence will enable computers to make autonomous decisions about data and physical systems and potentially disrupt labor markets.”

So our esteemed leaders are keeping an eye on IoT’s but what are they really?

The attack happened from CCTV devices connected to the Internet (which have a specific bug noted below that can be exploited by criminal hackers).

KerneronSecurity³ wrote about this in March 22, 2016.   70 CCTV vendors have a remote code execution bug. And apparently this has been going on since 2014.

So this is a big problem and will continue to be one it looks like will not be fixed until the vendors of most CCTV devices fix this issue.

Above are just 2 of the supposed 70 according to KerneronSecurity that are susceptible to this big Cybersecurity problem.

This blog post does not imply that the above 2 vendors (GoldenEye and Technomate) have the bug as i have not independently verified these 2 models with  that specific remote code execution.

I imagine the criminal hackers are working on new attack angles with this many potential attack points.

In fact according to Google – 5.9 mil in Britain CCtv’s and 245 million in world. Likely most of them are susceptible to this attack.

As it seems that over 25,000 attack points came into the website DDOS attack. There seems to be a potential for much bigger mischief.

You may not realize this, but the hackers also have problems with their software, especially since it is custom built, and thus they cannot come into controlling hundreds of thousands of devices, first have to control 25,000.

So what to do if we know a major Cyberstorm is coming?

According to Kerneron Security these devices all are white label devices coming from TVT a Chinese company.

Which discusses the directory traversal vulnerability.

Now if we try to find the actual market share of TVT devices (H.265) then we find:

It looks like most vendors are coming from China and the market in 2013 was $13.5Billion  for professional video surveillance.  So as usual Security not as important as sales.

My recommendation? If you have TVT video camera – REPLACE it. with a technology that is different than this one. As it seems the TVT devices are not security tested.Run your own security tests.

It looks like you have to test and fix this problem.

This is what I do as a security vulnerability analyst among others… https://fixvirus.com/sigma-service/

5 thoughts on “IoT Botnet Can DDoS Your Webserver”