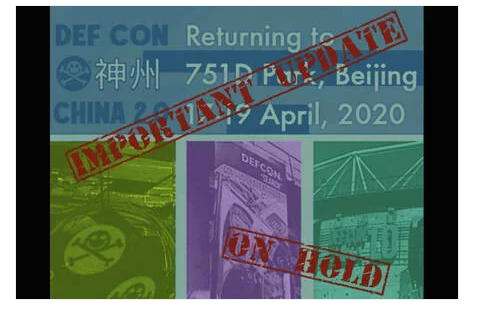 The joke always is that Defcon “is cancelled”  a few months before the event.  But the joke is now on Defcon organizers – The Event is “really cancelled”!!  “We are not joking” says the head organizer grand poobah.  “We meant to make it more formal, but were not sure how the hacker community would take it as we normally put out a fake joke about cancelling the event”.

The following 2 images are from Boredpanda.com:

Why is it that we as ‘Humans’ do the opposite when asked to do something?   Next jokes from Boredpanda.com

That way, when I forget my password, it reminds me “you’re password is invalid”
If you create a password selection rule that causes people to write down all passwords or make them share their passwords – this is a bad idea:
Because of the complexity of the password selection rules, there is actually only one password which passes all the tests. To make the selection of this password simpler for the user, it will be distributed to all supervisors. All users are instructed to obtain this password from his or her supervisor and begin using it immediately.
I almost forgot Chuck Norris jokes from http://www.icndb.com/the-jokes-2/ (tried to pick some Cybersecurity ones):
To Chuck Norris, everything contains a vulnerability.
Chuck Norris doesn’t need sudo, he just types “Chuck Norris” before his commands.
Chuck Norris’s keyboard doesn’t have a Ctrl key because nothing controls Chuck Norris.
Chuck Norris’ Internet connection is faster upstream than downstream because even data has more incentive to run from him than to him.
Chuck Norris’s keyboard has the Any key.
Chuck Norris programs occupy 150% of CPU, even when they are not executing.
Chuck Norris doesn’t cheat death. He wins fair and square.
Chuck Norris does infinite loops in 4 seconds.
Maybe a better idea is to create a password structure of several words as a phrase – like: ” change is as good as rest”.

Cybersecurity Not About Whether To Vaccinate Or Not! cyberjoke Friday